The line has become a set up phrase for some great punch lines. It is familiar to viewers of sitcoms such as “Arrested Development” and “How I Met Your Mother.” Perhaps it originated in a 1936 Noel Coward play, “Red Peppers.” The author gave it as direction for his actors:

GEORGE: I saw a very strange thing the other day.
LILY: What was it?
GEORGE: Twelve men standing under one umbrella and they didn’t get wet.
LILY: How’s that?
GEORGE: It wasn’t raining. (Wait for it — wait for it.)

That is, wait for the laughter to end before you resume the dialog.

I think the phrase actually started in the Bible.

“Write down the revelation
and make it plain on tablets
so that a herald may run with it.
For the revelation awaits an appointed time;
it speaks of the end
and will not prove false.
Though it linger, wait for it;
it will certainly come
and will not delay.”
– Habakkuk 2:2-3

That passage has been a theme for my ministry since 1980, when I first heard it cited as a guiding principle for media ministry in a local church. I heard it from Ron Harris, who was Media Minister at First Baptist Church in Wichita Falls, Texas at the time.

Until recently, I had always focused on the first three lines.

The primary communication medium of the prophet Habakkuk’s era was the fleet-footed messenger, who would take the words of a king or other important person to the intended “target audience” and deliver the message personally. 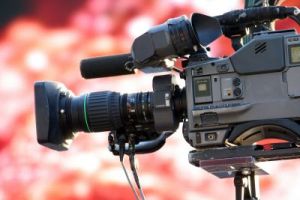 The communication media of our era are vastly different. But the exhortation to faithfully report, to “make it plain,” is applicable for us modern messengers, too. Whether we write it, speak it, broadcast it, or post it on Facebook, we strive to be faithful and true to the King.

In recent months and years, I’ve expanded my focus to the last three lines of the passage.

Waiting has never been my strong suit. When I get an idea, I’m apt to run with it and ask for God’s blessing later.

What I’m learning (and I don’t pretend to be there yet) is to “wait for it.” God is teaching me patience… and He’s taking His sweet time about it!

The Prodigal Project is my current schoolroom for the patience lessons. After praying and thinking about this project for two and a half years, I’m beginning to see where God is leading. And it is truly exciting to see Him put the pieces together.

People who want to participate and contribute are showing up regularly these days. And many of those folks weren’t around two years ago. If I’d pushed ahead on my schedule, the project would have been robbed of these creative sparks.

I don’t know how it will all turn out, but I’m learning to enjoy the journey and to anticipate the surprises that await the appointed time.

I’m going to offer some ideas about how to promote your live webcast. But first, a confession.

Sometimes it doesn’t work out as planned.

At Richmond’s First Baptist Church, we’ve been streaming our Sunday morning worship services live for a couple of years. For the most part, it has gone well. In fact, for the last nine months or so, since we’ve switched to the Wowza server at Amazon Web Services for our streaming host, it has been rock-solid reliable.

So we figured, “OK, it’s time to ramp up promotion a bit.” So on a Sunday morning, we placed this item in our Sunday bulletin:

Invite someone to worship with you … right
now! While you’re waiting for the service to begin,
send a text message, a tweet, or a Facebook post
from your smartphone and invite a friend… or all
your friends… to join you for worship via the live
webcast. Invite them to go to Live.FBCRichmond.org
and join us for the next hour.

Just to give it a little extra push, we asked our Associate Pastor for Invitation, Ralph Starling, to mention it at the beginning of the worship service. He did a great job. He pulled out his smartphone and asked everyone in the room to do the same. He asked everyone to send an email, tweet or update their Facebook status to invite their friends to worship with them through the webcast. He took the time do send an email himself. It appeared many others did so, too.

And the, wouldn’t you know it? Right then and there, at 11:03 Sunday morning… the webcast crashed! I was watching in horror as it happened. At first 30 or 40 participants were connected. And then a few more. And then – crash – down to 0.

We went into crisis management mode and began the troubleshooting. Could it be that so many people responded that it overloaded the server? Not likely.

It didn’t take long to find the problem. The Windows computer we were using to encode and stream the service decided that it was time for an update. And when its time for a Windows Update, everything else takes a back seat… including our webcast.

Two-plus years without any problem. And then, at the moment we step up publicity on it, the webcast crashes. How embarrassing.

Well, obviously we have corrected the problem (which, of course, we should have done two years ago. It is a wonder it hadn’t happened before.).

There are several lessons in this. Let me mention just three.

First, disable all unnecessary programs running on the computer you’re using for encoding.

Second, have a well-thought-out troubleshooting protocol worked out in advance, so if (no, make it “when”) there’s a problem during the webcast, you know where to start and what to do.

And third, most importantly, maintain your sense of humor.

This morning, my writing partners Matthew Brown and Deborah Hocutt and I completed the first read-through of the first draft of our screenplay, which we’ve entitled, “Passages.”

It was an emotional experience for me, representing the passing of the first milepost on a journey that started January 12, 2010. That was when I first felt the nudge to launch what I’ve been calling “The Prodigal Project.”

I was on sabbatical leave, sitting in a nearly empty restaurant on Jekyll Island, Georgia, overlooking the Atlantic Ocean, and trying to discern the direction that God was leading me in the next chapters of my life.

I had just finished reading some books that were still reverberating in my mind: They Like Jesus But Not the Church by Dan Kimball, UnChristian by David Kinnaman, Applebee’s America by Douglas B. Sosnik, Matthew J. Dowd and Ron Fournier, and Blue Like Jazz by Donald Miller.

Those books made me think of helping those of us in the church understand how our “unChristian” behavior and attitudes were having the same effect on our culture as the harsh and unyielding ways of the Pharisees had in first century Palestine.

They also sparked the idea of speaking to the increasing number of people in our culture for whom God is not even on the radar. Folks who consider themselves “spiritual,” but they don’t need any church to tell them what and how to believe. They are on a constant search for fresh experiences and new sources of motivation and inspiration. But a relationship with their creator is not a part of their lives.

So on that cold winter morning on the Georgia coast, the day before my 59th birthday, the idea was born to tell a story that would speak to both audiences.

I’ve been working in video for forty years, so it made sense to use that medium. But I didn’t want to do another syrupy “Christian film” that would make church folks cheer and everybody else stay away in droves. I wanted to do something that would stand on it’s own through strong characters and a compelling story.

Jesus’ parable of the prodigal son in Luke 15 provided a perfect model. It speaks effectively to both groups. And it has endured for 2,000 years as a well-crafted story.

The study of Luke 15 has enriched my life. I’ve grown to appreciate Jesus even more as a master storyteller. Through reading, study, and countless discussions with friends and colleagues, I’ve grown to understand more than ever before about God’s grace, unconditional love, forgiveness, and reconciliation. As I wrote in my journal early on, “It is a process, not a formula… a relationship, not a rulebook.” The study and discussions will continue.

But this morning, after two and a half years of thinking, praying, false starts, reading, studying, discussing, writing, collaborating, waiting, listening… and then four months of intensive writing with two amazing partners, we reached a crucial goal: the completion of the first draft of the screenplay.

The next steps include script editing and revisions, developing a budget, securing funding, working out a production schedule, casting, crewing, shooting and editing, and presenting it to our audiences as a made-for-TV-movie, release on DVD, and perhaps some web collateral.

And then, who knows, there may be even more opportunities to tell and hear stories of God’s grace, unconditional love, forgiveness, and reconciliation.