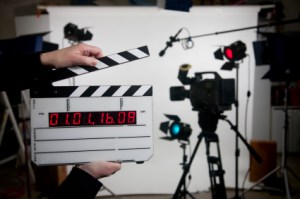 The Prodigal Project received a huge boost this week when the First Baptist Church Endowment Fund committed to a major financial contribution.

We still have a long way to go, but this commitment brings us to 30% of the cash we need for the movie.

All of the seed money and in-kind support so far has come from Richmond’s First Baptist Church. But we believe this project provides an opportunity for cooperation beyond a single church, among many individuals, organizations and congregations in our community and beyond.

If you want to contribute to the costs of production, help with fundraising, provide in-kind support, volunteer to help on the crew or in the production office, or join the prayer team, contact me and we’ll send you more information. 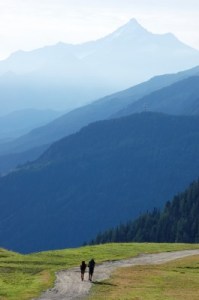 If you’d asked me a year ago if we’d be working in this genre, I’d have said, “no way.” But here we are. It’s a movie about a church making a movie about Jesus’ parable of the Prodigal Son. It is a comedy with a heavy dose of satire, designed to attract a distinctly non-church audience… but with a message for both Christians and non-Christians.

We’re processing feedback from several readers. No doubt we’ll rewrite several times between now and the time we begin production.

The church’s Communication Team has initiated the process of establishing a separate entity – Bell Tower Pictures – to produce the movie. It will be an LLC (Limited Liability Corporation) under Virginia law, and will seek certification by the IRS under section 501c3 of the tax code – which means that it will be a non-profit corporation that can accept tax-deductible contributions.

We believe this project provides an opportunity for cooperation among many individuals, organizations and churches. So we’ve initiated conversations with some of these potential partners about joining us by providing money and in-kind support. So far, the response has been positive and enthusiastic. We’re also seeking support from our own church, of course. This morning we presented our request in a meeting of church leaders considering priorities for the 2013 church budget. Next week we have the opportunity to ask for support from the First Baptist Church Endowment Fund.

We’ve been working on the legal incorporating documents for Bell Tower Pictures. That includes a clear, concise and accurate description of who we are: Bell Tower Pictures is an independent, non-profit corporation focused on producing, promoting and distributing high-quality Christian-themed film, television and web projects. Our mission is to entertain and inspire, telling great stories that reveal spiritual truth.

Next week, we’ll begin production of a promotional video, which will be a key part of the Bell Tower Pictures website.

These are busy, exciting days as we see the vision begin to take shape.