Following is a story I shared during the “Hanging of the Green” worship service at Richmond’s First Baptist Church on the First Sunday of Advent, 2011. 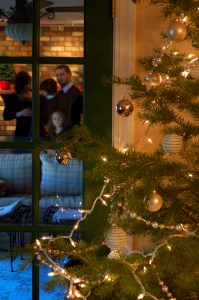 He’d been searching three years. He was tired. The friends who helped never did understand why he wouldn’t give up. And now, with the holidays approaching, even they were deserting him… heading home for Christmas. But he’d made up his mind and wouldn’t give up. He would find his brother. He’d promised his father… and he’d promised himself.

The three boys were born into a loving family. Their father was a creative genius. Their mother was warm and nurturing. They were wealthy, but they didn’t flaunt it. In fact, they were extravagantly generous.

Even though their parents had provided every opportunity for them, the three boys responded quite differently. Josh was in awe of his parents. Loved them and obeyed them. Everybody said Josh was the spitting image of his father. His younger brother, Adam, was reckless, a spendthrift and always a bit rebellious. Adam just didn’t seem to know how to handle his good fortune. For him, the grass was always greener on the other side of the fence. Josh and Adam’s older brother, Pete, was the most successful of the three, if you measure success the way most folks do. He was a lawyer – well known and well-respected in the community. He was strait-laced and a stickler for the law. Josh was in the middle: a bridge between two brothers who just didn’t like each other very much. Josh was the peacemaker… the mediator. 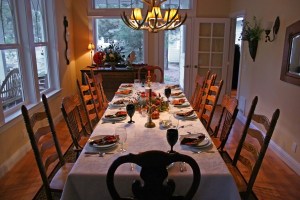 It had all come to a head that Thanksgiving three years ago. Adam had been drinking. He knew he shouldn’t get behind the wheel, but the alcohol clouded his judgment. He was driving too fast, and the child on the bicycle came out of nowhere. The bike hit the side of Adam’s car and glanced off. The child was cut and bruised a bit, but no serious injury. That’s the only reason the court allowed Adam’s father to post bail and take him home for the Thanksgiving weekend.

You’d think Adam would have been scared enough to straighten up. But it didn’t turn out that way. It may have been out of shame… or guilt… or just another example of his rebellious spirit, but that evening, Adam disappeared. No goodbye, no apology, no explanation. Next morning… Thanksgiving Day, he just wasn’t there. To add insult to injury… Adam had raided his father’s wall safe and taken $10,000 in cash.

Adam had gone missing before, but this time it had more serious consequences. He was out on bail. If he didn’t show up at the hearing next week, he would be the target of a police search. Pete, Josh and their parents spent a sombre Thanksgiving weekend wondering where Adam was. They called all of Adam’s friends and searched in all his usual haunts… but no Adam. Pete missed no opportunity to remind the rest of the family how this should come as no surprise, given Adam’s irresponsible, rebellious and reckless nature.

The following week the day of the court hearing came and went. Josh and his parents went to the courthouse and begged for time to find him. Pete, the lawyer, could have argued the case more effectively. But he wanted no part of it. He stopped short of saying it, but he certainly thought it: “Good riddance!” Well, the law is the law. Adam was now a wanted man.

Next day, after a sleepless night, Josh came to his parents’ home and announced his intentions. “Mom, Dad… my brother is lost. I don’t know where he is or what he’s doing. But I’m going to go and find him. If I can, I’m going to bring him home.” His parents never doubted he would succeed. 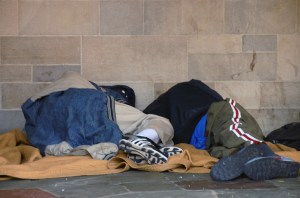 That was three years ago. And now, on this cold, rainy Christmas Eve, 500 miles from home, it seemed Josh was no closer to finding his brother. He wasn’t really discouraged… just tired. The search had cost Josh dearly. Tonight, following one more obscure lead, he ducked into the downtown shelter. He had looked for his brother in dozens of places like this over the last 36 months. One more tonight, before he headed to the airport for a late flight home.

He stepped in and greeted the volunteers who staffed the intake desk. Just beyond the desk was a large room with maybe 50 small cots, most of which were claimed by homeless men with shabby clothes and all their earthly possessions packed into grocery bags. He looked around the room, settling in turn on every face. So many brothers and sons. So many heartbreaks and lost souls. After so many dead ends, he really didn’t expect it to happen… but it did. He looked like he’d done 30 years of living in the last three… but Adam’s familiar features where still clear.

Josh stood frozen, not knowing whether to call out or just run to Adam and grab him up in a bear hug. And the thought… that awful thought he’d had so many times: what if Adam refused to even talk to him?

It seemed like hours, but it was only a few seconds later when Josh’s love for his brother took over. Adam caught sight of his brother just an instant before Josh flung his long arms around him and almost squeezed the breath out of him. 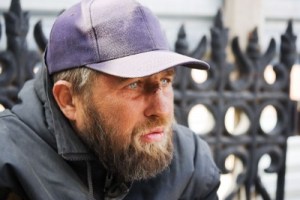 Adam was shocked… and relieved. You see, Adam was at the end of his rope. All the money gone… his alcohol problem unabated… dirty, homeless, sick, and without a friend in the world… he had already made up his mind that he would somehow make his way back home and beg for his family’s forgiveness. He would face the consequences of skipping bail. Gladly! Even a thin cot in a small cell would be an improvement over the streets and underpasses where he’d spent too many sleepless nights. But he never got a chance to begin the speech he’d been practicing for the last few weeks. Josh seemed to sweep him up in his arms. With tears streaming down his face, he never let him go. Josh almost carried his younger brother toward the door. “Let’s go home! I can’t believe it! I’ve been searching for three years. We were afraid for the worst. Mom and dad are going to be overwhelmed! It’ll be the best Christmas present they ever got! We have time to make the midnight flight. We’ll be home for Christmas morning!”

Adam was speechless. He had planned to confess a lifetime of sins. He would tell his parents and his brothers how sorry he was for causing them so much pain. And this time, he convinced himself that he really meant it. But now, seeing his brother’s emotions, he couldn’t utter a word. They got to the airport just in time to board. It wasn’t until they settled in for the three-hour flight that they had a chance to really talk.

Adam asked about mom and dad, of course. And Josh filled him in. But he didn’t ask about his older brother, Pete. When Josh mentioned Pete’s name, Adam’s interest in the conversation ended just like a light switching off.

Josh had called his parents from the airport before take-off. They couldn’t believe the good news. They were ecstatic. When Josh and Adam emerged from the gate area at the airport, it wasn’t just their parents waiting to see them. It seemed as if the whole town was there. His parents had quickly put together a welcome home reception for Adam. It would turn out to be the biggest Christmas Eve party the town had ever seen. Everyone was there… well, except for one.

Pete had been out of town… actually, he’d been in New Orleans arguing a big, high-profile case before the court of appeals. His flight arrived just a few minutes before Josh and Adam’s flight touched down. He checked his voicemail on his way to the parking deck and heard a message from his father, telling him the good news and inviting him to join the welcoming party. When Pete heard that Josh had found his brother, that they were at the other end of the airport right now, and their parents had put together this huge party… well, he was just beside himself. Red-faced with anger, Pete did a 180 and headed back into the airport to download a piece of his mind on his errant brother. And it was sure to spill out on everyone else around. 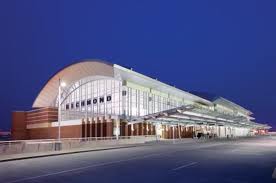 And so it happened right there in the middle of the Richmond International Airport.

His father had his arms around two of his sons, leading the welcoming throng through the airport, when he saw his oldest son across the concourse. “Pete, your brother is home!” The expression on Pete’s face was unmistakable as he spewed, “So I see! This ‘son of yours!’ And now you’re going to forgive and forget?! Kill the ‘fatted calf’ and throw a party for him?! Act as if the last three years never happened?! Pretend he’s the perfect son?! And that… after he’s spent his entire life turning his back on everything you and this family stand for?!”

His father paused and looked deep into his oldest son’s eyes. The grace in his heart flowed up into his face and over his lips as he gently replied, “Son, you are right. Adam did leave… and it hurt. But now he’s back. And he’s my son… just as you and Josh are my sons. I love him… and I love you. And now we have to celebrate. Your brother was dead, and now he’s alive again. He was lost, and now he is found.”

At that moment, time froze. Everyone in that airport lobby stopped and listened. The words were familiar. Like the words of another brother and son, who first told the story two thousand years ago. And all those sons and daughters, brothers and sisters, mothers and fathers who saw it played out before them in the airport that early Christmas morning got it. The rebellious and the resentful… even those who never give a thought to their father anymore… it is for them that a compassionate, loving and determined Son comes to bring them home to their Heavenly Father – and that’s what Christmas is all about.

(I am indebted for the notion of an older son who goes to look for his prodigal brother to pastor and author Timothy Keller who described it so powerfully in his book, The Prodigal God.)

This has been an exciting week for The Prodigal Project.

On Wednesday, we had a consultation (via Skype) with an Emmy Award-winning writer who provided some welcome affirmation and helpful guidance on our screenplay.

On Thursday, our Production Team met and reviewed the preliminary budget. We had a vigorous discussion about the screenplay. And we set some short-, medium-, and long-range goals that will move us toward production. 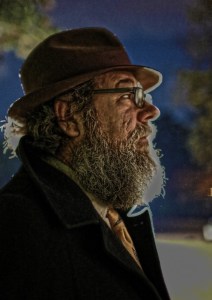 Thursday evening, I happened upon a project in Birmingham, Alabama – a short film, “Visitor to Virgin Pines.” The log line sounds intriguing: “He didn’t know her story. She didn’t know his. But on a night before Christmas they trade secrets. And that might be the secret to forgiving each other.” The trailer looks great. The writer/producer/director and I have exchanged a few emails. Even from this brief contact, I’ve sensed a kindred spirit and have become excited about his project. Can’t wait to see the finished film. It encourages me to know there are other folks out there telling great stories that reveal spiritual truth.

The buzz is picking up. Almost every day, someone else contacts me asking to be involved in the project in some way. Their interest and enthusiasm is contagious.