Dr. Theodore F. Adams  was the legendary pastor of Richmond’s First Baptist Church from 1936 to 1968, and president of the Baptist World Alliance from 1955 to 1960. He was on the cover of Time Magazine December 5, 1955. Almost 50 years after leaving the First Baptist pulpit, he is still revered.

The 1950’s were a booming era for churches. And those churches that also had a gifted pastor like Ted Adams were busting at the seams. I’ve heard some of the old-timers recall that all you had to do was open the doors and get out of the way. The pews were filled every Sunday.

A lot of churches that boomed in the 50’s are struggling to survive these days. With dwindling congregations, aging buildings and an unhealthy measure of nostalgia, they’re trying to figure out how to bring back “the good old days.” They point to the mega churches, the embodiment of American success and wonder, “why can’t we be like that?”

That’s the situation for the fictional Eternal Hope Baptist Church of Homer, Alabama in our film SHOOTING THE PRODIGAL. They remember the good old days when the church’s founder, Brother Big Bob Cross presided over a thriving enterprise. But these days, there are lots of questions and few answers: How do we keep the young folks engaged? How are we going to keep the church doors open? And, of course, “What would Brother Big Bob do?” END_OF_DOCUMENT_TOKEN_TO_BE_REPLACED

I’ve been working on a little video project for my friends at the Baptist World Alliance.

Back in 1988-89, I spent 10 weeks traveling in Europe and Israel, conducting interviews and videotaping sites and artifacts of significance in Baptist history. Now, we’re digitizing that footage to produce some little vignettes for the BWA website.

Baptists in many parts of the world do not enjoy the religious liberties that we in the United States often take for granted. We have the freedom to assemble and worship freely. Our disagreements about the meaning and details of baptism sometimes result in people getting upset and leaving a certain congregation. But I haven’t heard of anybody in the U.S. being martyred for his or her beliefs about baptism in the last couple hundred years.

That’s not the case for Christians in some parts of the world today.

And it wasn’t the case for the Christians in Europe in the 16th century. I was reminded of that while reviewing some of the footage we shot in Switzerland.

We spent a pleasant fall day hiking up the side of a mountain to “Die Tauferhohle” not far from Zürich. The lush, peaceful cave belies it’s history as a hideout for outlawed Christians in 1525. 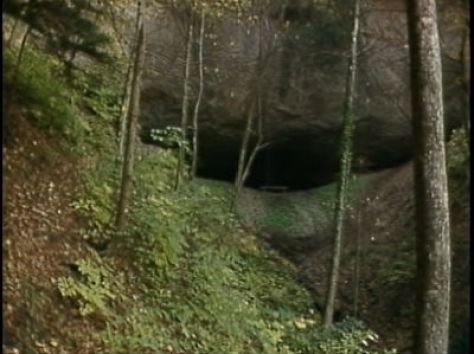 In that year, the first Anabaptist group was formed in Zürich by Felix Manz and two other reformers. They considered the baptism of infants as practiced by the Catholic Church and the early reformers to be unbiblical. They had themselves re-baptized and their opponents began calling them “Anabaptists.” 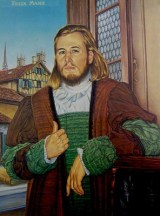 Manz associated with and was influenced by the reformer Ulrich Zwingli. But Manz was advocating a more literal reading of the Bible, and a more radical break with the Church than Zwingli could support. The Zürich city council sided with Zwingli and prohibited re-baptism. That made Manz and his followers outlaws. They hid from authorities in Die Tauferhohle and other places. But Manz was eventually caught and, on January 5, 1527, he was punished by drowning in the Limmat River. He died singing.

Makes me grateful to live in a country where freedom of religion is guaranteed. And it leads me to think about those martyrs who gave their lives for what they believed.

Which of my religious beliefs would I be willing to die for?